I am very biased about Chinese food, but who isn’t about their comfort food? One year, I had my car in a garage for repair and when it was done, they sent a driver to pick me up. The driver was originally from Mexico and we started to talk about food in town, which launched him into a bit of a rant.  “Mexican food here is only 8% authentic,” he fumed. I had no idea where he pulled the data, even though I was studying research methods at the time, in particular, quantitative analysis (I don’t like it, but that’s not the point here), but I said you were probably right. He continued to explain to me about the 92% of pure fakeness, gesturing wildly.  The car hit the curb twice and then it went into a dead-end, which he maneuvered out with wide sweeping turns. I didn’t know that the mention of Tex-Mex can trigger so much pent-up frustration, but I understood. I told him that Chinese food is even less authentic.  Probably below 6%. In the ballpark of 2%, I would say. That new camaraderie calmed my friend down quite a bit.

Before I came to the US, I had rarely seen any buffet. I had never eaten General Tso’s chicken. I had never heard of orange chicken. I didn’t know that fortune cookies existed. All cuisines change across borders, Italian, Greek, Mexican, but not so much as Chinese food. The change was so drastic that many Chinese dishes in the US are American inventions, really.

However, there are many choices of Chinese restaurants. As you can see from the documentary The Search for General Tso, many old Chinese immigrants came during the gold rush in California or to build railroads. When there was no more gold to dig or railroads to build, many were actually forced to become restaurant and laundry owners because businesses did not want to employ them due to the China Exclusion Act. In the early days, Chinese restaurant chefs were not real chefs to start with. However, the Chinese communities were tight and people learn from each other, good practices or bad. Things like General Tso’s chicken is actually a mixture of Chinese cooking and American fast-food management. In the documentary, the inventor of General Tso said he invented the recipe before MacDonald and KFC has chicken nuggets. 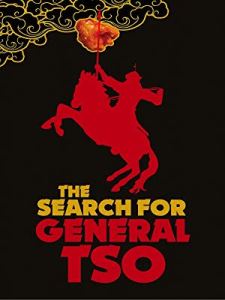 After China’s opening up in the late 1970s, there was another influx of Chinese immigrants in the US.  While the more educated ones become professors, doctors, and engineers, the less educated ones started by washing dishes in restaurants, and eventually they moved up the ladders and became restaurant owners. While older Chinese from southern China and coastal cities occupied China Towns, speaking mostly Cantonese, most new immigrants (more from Mainland China now, speaking Mandarin) start new quarters of Chinese living on the new continent, bringing their food traditions along with them.

Nowadays, some Chinese restaurants hire great chefs from China and there are many great restaurants in the US, especially in bigger cities with many Chinese. However, there are still some traditional Chinese places serving buffets or takeout lunches to non-Chinese patrons.

In smaller towns like Abilene, we have fewer choices, but if you like such restaurants, do encourage them to make authentic food instead of modified ones. Instead of defaulting to what you are familiar with, perhaps ask if they serve items you are more likely to find from China. It would be an adventure, but you will not regret such choices.

I used to call them fake Chinese food, but everyone is just trying to make a living and deserve better treatment. Besides if people fake it till they make it, it will only benefit us customers. Perhaps it is better to mention four levels that somehow correspond to my preferences.  I have to preface it by saying that this categorization is very rough and there might be good ones in each of these types. If your patience is wearing out and you do not want to read any further and just want my straight answers about authentic Chinese food, just ask them if they serve double-cooked pork (“hui guo rou”), which I will discuss later on.  I was also told that an authentic Chinese restaurant often has a kid at the counter helping as a cashier or waiter while doing math homework on the side. I won’t comment on this method. You try it at your own risk.

Here are several types and a few of my thoughts on each type of them.

Here we have small takeout places that serve Chinese food but the best dishes you can find from Google review or Yelp include General Tso’s chicken and orange chicken. This means they only serve to the American taste. If you really enjoy eating this type of food, that is perfectly fine. I am just writing from a Chinese perspective. You may not like what I like.

More than their food, their names bother me, a lot: “Great Wall,” “Panda,” “China wok,” showing not the least imagination to create a unique identity. They just throw a few Chinese elements on the wall and hope they somehow stick and attract customers.

They contain a lot more choices than takeout restaurants, and that is better, but usually, they serve more of the same. The food lack character in most cases. Fortunately, Buffet King in Abilene is a better one among the many I have tried, and they at least serve a good variety of Sushi and some dim sum which make it worthwhile for us to visit.

Some Chinese restaurants have a hybrid model catering to both Chinese and American preferences. They have a menu in English for the American patrons, but they also have one in Chinese or a bilingual format for Chinese customers. If you do not see such menus, ask for them, and then ask the waiters or waitresses to give a recommendation. If you are not sure, no problem.  Ask them to serve an authentic chicken/beef/shrimp/pork dish that appears in the Chinese menu. Or pull an app and shows a photo from reviews. If you eat in the Chinese style, the entire party share meals. If you are uncomfortable with such sharing, you probably should not worry as they provide serving utensils (ask if they forget) so that you do not touch each other’s food.

Mian Bistro (on Buffalo Gap) and Sunrise (South 1st)  in Abilene are such places. Sunrise recently changed owners and the current one is run by a mother and son. The son is a young graduate from China’s top Academy of Fine Arts, specializing in water-color painting.

In my mind, to move to this level, the restaurants should at least serve double-cooked pork. This is a popular Sichuan-style pork dish that serves as a proxy method to judge a Chinese restaurant. As a popular dish among Chinese that any chef with some self-esteem should learn to make. The double-cooked pork I like most is a place called Little Sichuan at 240 Legacy Drive in Plano. You see the length I go to to get this dish. By the way, that place is also close to a Boba place that is our family’s favorite.

No restaurant in Abilene served this dish to my expectations, which are not very high. So I have started to learn to cook this myself.

They serve food in the style of a particulate province such as Sichuan, Hunan, Shanghai or Guangdong. Hunan and Sichuan restaurants are popular in China, but not all restaurants who claim to be Hunan or Sichuan really make things in Hunan style or Sichuan style.  Dishes from Sichuan and Hunan are both known for being spicy, but food from Sichuan include more Zanthoxylum （花椒）, a type of pepper that has a numbing effect. It is easier to make food authentically Sichuan than Hunan, as ingredients are harder to come by for the Hunan style. Some Hunan ingredients, such as air-dried pickled pork, took months to prepare. Therefore the cost is too high for restaurants to make them. Sichuan restaurants are more available. The best Sichuan-style food I found is in Edmond Oklahoma, in a place called Szechuan Bistro (1010 W Memorial Rd, Oklahoma City, OK 73114).

Guangdong and Hong Kong cuisine is known for the barbecued or roasted meat, as well as their dim sums.  In Dallas, there is a place called Kirin Court we sometimes go to. It is a fairly interesting experience eating there too, as they push their food carts around and you pick what you need, often in small portions so that you and your family can get exactly how much you need, while sharing what you have.

Food from Shanghai, Jiangsu, and Sichuan does not have strong flavors as the Sichuan or Hunan style, but probably healthier that way. Sometimes food from Shanghai is a bit sweet. They are not as popular in America as some other ones.

Is there any Beijing style you’d recommend? I am glad you asked. I couldn’t think of any really except Beijing Duck. I have heard that the best Beijing Duck chef is not in Beijing, but somewhere in Canada. So there is that.

If you discovered a good place, let me know. I want to have a special collection of places that serve the best double-cooked pork.  I have tried it in Dallas, Houston, College Station, Los Angeles, Chicago, etc. In the future, I will start to write reviews about each one of them.

View all posts by Berlin Fang