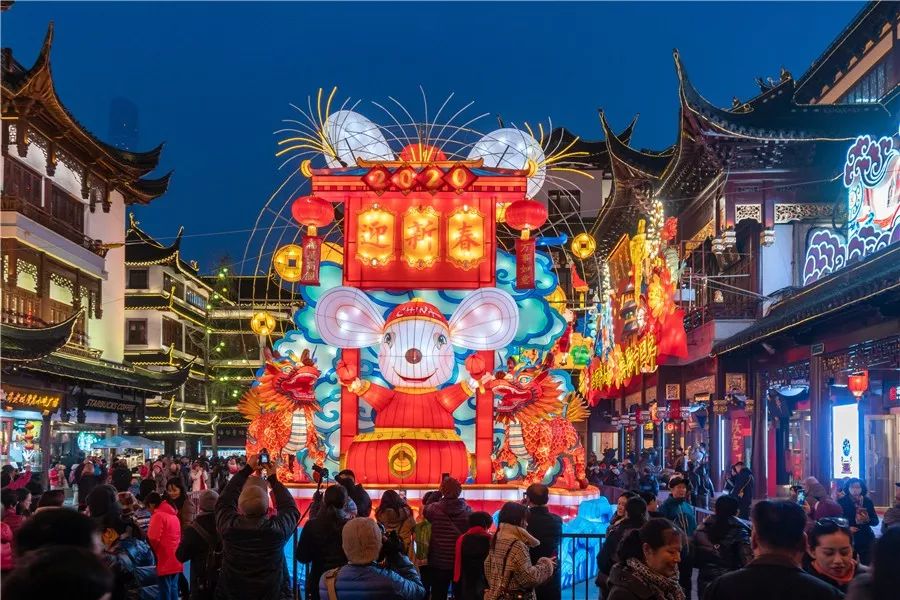 Tourists visit a lantern fair marking the Year of the Rat at Yuyuan Garden in Shanghai on Jan 13, 2020. [Photo by Wang Gang/For China Daily]

As we step into 2020, we also step into a new 12-year cycle of the Chinese zodiac. The year 2020, according to the lunar calendar, is the year of shu. In English, it is simply the Year of the Rat (or Mouse).

But how did the humble little mouse get to lead the pack of the animals despite the presence of powerful animals such as the tiger and the dragon in the Chinese zodiac. One theory is that the mouse is the most versatile among all animals. A mouse can swim, run and climb. It does not fly, but it can climb to the top of the roof. In 2020, Japan will host the Summer Olympic Games. If there were an Olympic Games for animals, a mouse could be the triathlon winner.

Mice and rats can feed themselves even during a famine due to their agility and mobility afforded by their versatility. China used to be a subsistence economy in which many accorded the top priority to food. Until recently, people greeted each other with the question,”Have you eaten rice?” This greeting seems to an outsider to be an invasion of privacy, but shows the genuine care a person has for a fellow human.

While the world is seeing China as an increasingly affluent country, there are still many Chinese who live in poverty. For them, New Year resolutions probably do not include special diets to lose weight.

As we start a new year, let us pay attention to the invisible masses of people who deserve the security of food, clothing and shelter. A country’s strength comes from the way its leaders and citizens care for the poor. Hence, the fight against poverty should continue to be relevant even in the new decade.

The mouse may be the first animal in the Chinese zodiac as well as clever and intelligent (think of Tom and Jerry). But as a translator, I sometimes find the English terms mouse and rat reductive equivalents of the Chinese character of shu. The word shu is used in Chinese phrases for a wide range of rodents, including not only rats and mice, but also squirrels (called pine mice when translated back from their Chinese name), possums (carrying mice), hamsters (barn mice), chinchillas (chestnut mice), chipmunks (mixed-colored chestnut mice), and even kangaroos (mice with pouches). Given this huge diversity, it isn’t considered inauspicious to be born in the year of shu: 1924, 1936, 1948, 1960, 1972, 1984, 1996, 2008 or 2020. So if you are going to have child in 2020, consider yourself lucky. This is also the year of the chinchilla and Mickey Mouse.

The year 2020 should also be the year of the kangaroo (and the koala), as the world watches with pain and anguish the bushfires raging across Australia. These wildfires have not only claimed many human lives and displaced thousands of people, but also killed millions of animals including kangaroos (and koalas). If humans are responsible for triggering the fires, they should also have the responsibility to come together to combat the disaster and minimize the risks for the future of the Earth.

With the passing of a decade, it seems even the vision of a globalized community is drifting away. Yet despite the rise of isolationism in many parts of the world, the world remains intricately connected. As the bushes in Australia continue to burn, killing people, kangaroos, koalas and other animals, people elsewhere should also feel the effect of the wildfires and take action to prevent such fires elsewhere in the world.

As we start the Year of the Rat, I wish you health and prosperity. I also hope that people across the world are kind to others and work to build a better world. Happy New Year!

View all posts by Berlin Fang